I bet there’s no parent out there who hasn’t heard the advice to “stuff” your baby with cereal or baby food before bedtime to help him sleep better (by which they mean, not wake up as much during the night.)  But not only does this filler fallacy not work, it may actually create early problems in appetite control, leading to later-on obesity.

Between the ages of six to nine months, babies can begin to taste “real” food, such as mashed banana and rice cereal. But up to a year of age, all the nutrients a baby needs are obtained through breast milk or formula. For a baby that’s nursing, there’s no reason to rush into solid food, which will only be taking the place of more nutritious breast milk.

Despite this fact, there are those who think that solids will fill your baby’s tummy better because they are more, well, solid than milk.  It would be logical to think that baby will wake less often to nurse if his tummy feels fuller. Nevertheless, controlled studies show that infants who are fed solids before bedtime do not sleep through the night any sooner than infants who do not get this extra meal.

Instead of focusing on ways to get your baby to sleep through the night (which, by the way, is defined by five hours of uninterrupted sleep–not eight or ten!) it would help to understand your infant’s sleep patterns, and why frequent night waking is actually beneficial to your baby’s health!  All babies reach the milestone of “sleeping through the night,”  but it is something that will happen when baby is ready.

You know how much I love Dr. Sears, and once again he’s sharing some great ideas to make the  holidays not just fun and delicious, but safe and nutritious too!

Here’s a reminder list of a few healthy ideas to make your Thanksgiving day just a bit healthier. Of course, it IS Thanksgiving and a little overindulgence is OK. Happy Thanksgiving!!!

1. Use whole wheat or whole grain bread for your stuffing instead of white bread.

2. Make homemade cranberries instead of the jellied cranberries in a can. See our recipe: http://www.askdrsears.com/news/thanksgiving.asp#1

3. Buy an all natural hormone-free Turkey for the main event.

5. Offer more healthy vegetable dishes to balance out all the starches like stuffing and potatoes.

6. Bake your dishes instead of frying when possible.

7. Keep the skin on. Encourage eating the skin of your sweet potatoes and leave the skin on your mashed potatoes. Potato skin is loaded with vitamins.

8. Use whole wheat pie-crust on one or more of your pies for a healthier alternative.

9. Use fresh all-natural ingredients whenever possible, they are always healthier than something out of a can or a box.

10. Watch the salt! Most recipes already contain enough salt and don’t need more once they are on your plate.

We hope this inspires you to try a healthier (yet still delicious) version of Thanksgiving dinner. While you are preparing your dinner, you will probably come up with some of your own healthy ideas. Once again, Happy Thanksgiving!!

Keeping Your Family Safe in the Kitchen on Thanksgiving 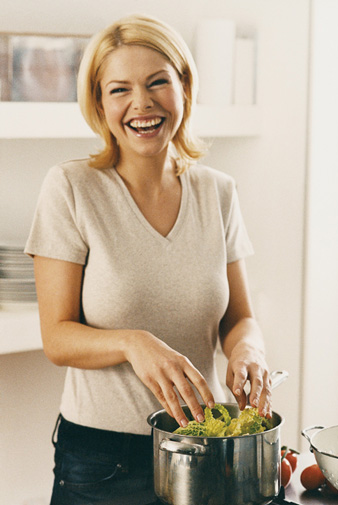 According to the National Fire Protection Association, fires are more likely to occur on Thanksgiving Day than any other day of the year. Kitchen fires from cooking are the number one cause of home fires and home fire injuries. In fact, the number of structure fires that occur on Thanksgiving Day is three times higher than the daily average of structure fires in the US.

Here are a few tips to prevent home fires this Thanksgiving:

Even with the best preparation accidents can happen.

Click here to read Dr. Sears’ guide to treating burns; what to do immediately following a burn, how to treat the burn and whether or not you should page your doctor or take your child to the ER.