Long periods of time in the sun and heat can take a toll on anyone, but pregnant women should be extra vigilant about drinking enough water. Don’t run the risk of dehydration this summer… read on!

Why We Need Water

A woman’s body is made up of about 55% water, and a newborn baby’s body is about 75% water! Water is a vital part of many bodily functions: it  flushes waste products from the cells, aids in liver and kidney function, regulates body temperature, protects joints and organs, and generates healthy skin. Because blood is made mostly of water, it’s especially important to drink a lot during pregnancy, as mom’s blood volume increases significantly.

What Happens When You’re Dehydrated

When your body starts running low on fluids, you may experience fatigue, constipation, blood clots, preterm labor, and, in severe cases, miscarriage. It is also dangerous because it can compromise your baby’s nourishment. Proper hydration is important for producing adequate breast milk, too.

Sweating in the summer is one way your body cools itself off, but it can cause you to lose a significant amount of water. Here are some signs to look out for:

If you experience any of these symptoms, stop immediately to rest in a cool place and drink water. If the symptoms don’t subside within 30 minutes, call your doctor. You may need to be put on an IV to rehydrate yourself.

How Much Should I Drink?

To prevent dehydration, you should try to drink at least 8-12 eight-ounce glasses of non-caffeinated fluids every day. Caffeine can actually dehydrate you. Fruits and vegetables count too, since they contain substantial amounts of water. You may not always feel thirsty, but try to drink at regular intervals throughout the day anyway.  If it’s very hot or you are exercising, increase your water intake. Your urine should be light yellow, and you should need to go to the bathroom a few times a day.

During pregnancy,  you can usually expect your belly button to flatten out and protrude somewhat more than usual. But sometimes this protruding navel is actually an “umbilical hernia,” a condition that is rarely serious and usually resolves on its own after birth.

What Causes an Umbilical Hernia:

Dr. Gerard M. DiLea, obstetrician-gynecologist and author of The Anxious Parents’ Guide to Pregnancy, explains (BabyZone) that to some extent, everyone has an umbilical hernia! As a fetus develops, there’s a hole in the main supporting layer of the abdomen, allowing the blood vessels of the umbilical cord to go in and out. This small opening sometimes remains after birth. For some people the opening can become larger due to increased abdominal pressure (like a chronic cough or, in our case, pregnancy.) Part of the small intestine passes through this hole causing a hernia.

Symptoms of an Umbilical Hernia

Tenderness around your belly button, especially during coughing or after straining (lifting and carrying around your toddler, for example), may indicate that you have an umbilical hernia.  Sometimes you can feel or see a protrusion right near the belly button that you can actually push back in.

Will I Need Surgery?

In most cases, an umbilical hernia does not need surgery. But sometimes a complication called incarceration develops, where organ tissues or intestines are trapped, cutting off their blood supply. The hernia will be painful. When this happens, a hernia surgery is required to repair the damage. If you suspect that your hernia is causing strangulation, you should see your doctor immediately, because if not corrected, an incarcerated hernia is very dangerous. Look out for symptoms such as swelling, pain, or discoloration.

The surgery is usually done as an outpatient procedure, under general anesthesia, and is a low-risk operation.

You know that you’re pregnant, but do you have a funny feeling there are two babies in there?  Depending whether this is you first pregnancy or not, your expectations of what is a ‘normal’ pregnancy may vary.  Raising-Twins.com polled their expert twin mamas to see what are generally the first signs a woman can look for in a twin pregnancy. Although some swear they had absolutely no idea, usually that “mother’s intuition” lets them know there’s something extra special going on!

Every pregnant woman feels more tired than usual. But twin moms reported extreem fatigue, often taking 3-hour naps during the day, falling asleep on the job or before dinner!

2. A big fat positive on the pregnancy test

Most of  Raising-Twins.com‘s twin moms took a home pregnancy test and were answered with a big fat positive almost immediately. While normally there tends to be a very faint line for positive, especially in early pregnancy, when you are pregnant with twins, the hormone hCG  (human chorionic gonadtropin) is at higher levels and is therefore picked up faster by the test.

Many women who start showing early on in pregnancy wonder if they are carrying twins. Sometimes they are, as the extra blood volume and extra water weight can result in faster-growing bellies.

Many twin moms have reported the first trimester resulted in morning sickness. Even moms who have been pregnant without morning sickness before, reported having morning sickness for the first time ever. If you are finding your sense of smell is heightened, you have an overabundance of saliva, or things turn your stomach that you once enjoyed, you can atribute it to hormones once again. For almost all women, morning sickness passes around12-14 weeks.

Those little flutters and kicks can happen earlier with twins, especially if you have been pregnant before and know how to differentiate the little bubbles sensations from normal bodily functions. Most women pregnant with twins report feeling fetal movement earlier than usual – around the 16-18 week mark. However, there are cases though where they feel less fetal movement due to the position of the babies. If their little hands and feet are pointing inward, you are less likely to feel their movements. You may also only feel one baby on a regular basis.

Many, many moms swear they just ‘knew’. They either dreamed it, felt they were seeing signs, or just felt somehow different. While this is obviously not scientific in any way, there is something to be said for a mother’s intuition!

A trained technician or obstetrician can do an ultrasound or sonogram to show you on the monitor the two fetuses and and two heartbeats. Modern technology allows for quick diagnoses of twins, as well as viability and whether there are one or two sacs.

If you are looking for confirmation of your suspicions, your health care provider is the person to see. Having a twin pregnancy is an incredible journey that requires preparations – mentally, physically, financially and emotionally. But hopefully your twins will also bring you double the joy and double the fun!

For more information on twins, from pregnancy, birth, and throughout childhood, visit Raising-Twins.com. 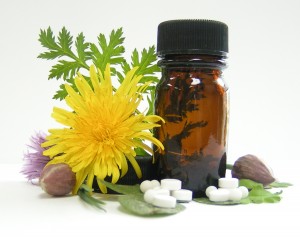 Some women choose to live with the discomfort of morning sickness or heartburn, rather than seek treatment, because they are concerned about the possible side effects on their unborn child. But there is another safe alternative. The Society of Homeopaths says that the gentle system of homeopathic medicine is ideal for pregnant women.

Homeopathy is based on treating each person as an individual, with highly diluted substances given in mainly tablet form, which trigger the body’s natural system of healing. Based on your experiences and symptoms, a homeopath will match the most appropriate medicine to you.  Homeopathic medicines are safe for your growing baby (and even your newborn) because only a minute amount of the active ingredient is used in their preparation.

These remedies can help you feel healthy and energetic, which in turn has positive effects on your baby. A mother who is full of vitality and energy provides her baby with the ideal conditions in which to thrive.

Physical and emotional changes during pregnancy may cause a variety of health problems. The following list includes some common symptoms that may be helped by professional homeopathic treatment:

Homeopathic medicine during Labor & After Birth

In addition to the conditions listed about, homeopahty can help you through labor, after-birth healing, breastfeeding, and even before you get pregnant– during the conception stage. Some of these situations include:

Homeopathic medicine for your Baby

Remember, it is especially important during pregnancy to take care of your over-all health. Eat well from a wide range of foods, take a vitamin and mineral supplements if needed, avoid smoking and alcohol, get plenty of rest, and exercise regularly.

Winter is here with its accompanying illnesses. Just last week my baby and I were sick with the flu, and if there’s anything worse than a sick baby, it’s being sick yourself at the same time! Because Mommy’s just don’t get to take sick days!

WHAT IS THE FLU?

One of the most common winter ailments is the flu. We turn to Dr. Sears for info on where it comes from and what to do about it if it strikes your family!

The flu is a virus (called influenza). It hits between November and March, and is probably responsible for 1/3 to ½ of all sick visits to our office during the winter. Keep in mind, the flu is a VIRUS. It is therefore NOT treatable with antibiotics.

How can you tell if your child (or you!) has the flu? There are two typical forms of the flu:

WHEN TO VISIT THE DOCTOR

Most children with the flu don’t even need to see a doctor. Here are some guidelines to help you decide if a doctor’s visit is warranted:

SHOULD YOUR CHILD GET A FLU SHOT?

Worried about strep throat? Many patients come into our office during the winter because of sore throat of a day or two. Most of these cases are NOT strep, but rather just part of the flu. See our site under sore throat to help you decide if yours may be strep or not.

Click here for a link to our full discussion on the flu and how to treat it.

BOOST YOUR CHILD’S IMMUNE SYSTEM THROUGH THE WINTER

Want to help your kids avoid these illnesses altogether? Here are some ways you can boost their immune system and keep them in school. Take as many of these supplements as you feel is appropriate every day:

Click here to read a full discussion on how to boost your immune system naturally.

IF YOU OR YOUR CHILD GET SICK, STARTING ECHINACEA AND VITAMIN C RIGHT AWAY MAY MAKE YOUR ILLNESS SHORTER AND MILDER