Whether you’re glowing as a result of your pregnancy, or just perspiring from the heat, take some tips from the pros to help you look your best. InStyle has some great summer beauty advice that works for any woman, whether you’re expecting a baby, a new mother, or just looking for ways to beat the heat and still look awesome! 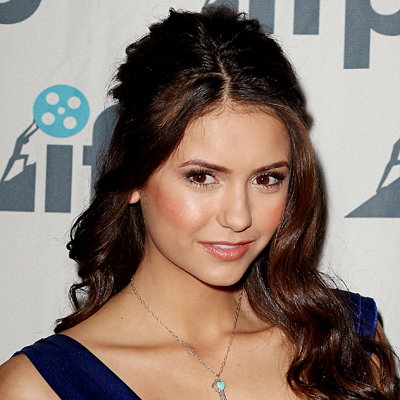 Makeup artist Amy Nadine: “I’m obsessed with a true peach cheek and disappointed when I buy blushes that turn pinkish when I apply them. The only way I’ve found to achieve a real peach on my clients is to use a formula that looks orange in its packaging. I promise it will become peach when layered on your skin! That’s why Nina Dobrev looked so great at the Independent Filmmaker event.” 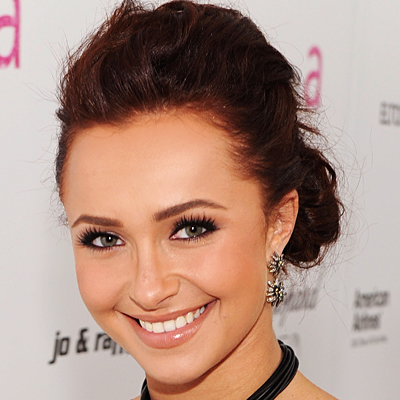 Makeup artist Amy Oresman:  “Full lashes—and less mascara—are great for summer. I like using individual versions in soft brown, which gives the eye a flirty feel without looking heavy. Hayden Panettiere loves them. I’ll add a few to the ends of her lashline to elongate their almond shape. And because the lashes are brown, a splash of mascara makes it impossible to tell the difference between real and false ones. It’s so sexy.” 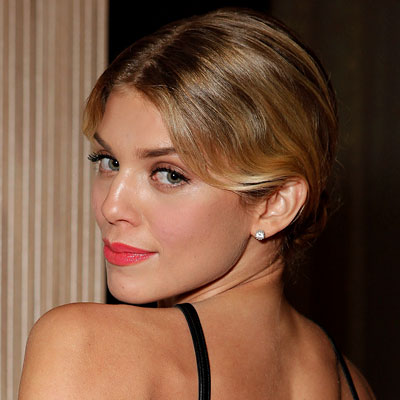 Makeup artist Gregory Arlt:  “I’ve been obsessed with corals this season, but not your grandmother’s old-fashioned version. New sheer coral stains are light and whisper soft, like you’ve just had a popsicle. I recently used MAC Lusterglass in Love Nectar at a shoot with AnnaLynne McCord and she loved it so much, she wore it out that night.”

Set Your Makeup With Mist 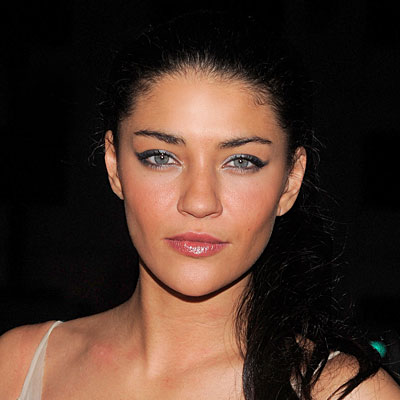 Makeup artist Tina Turnbow: “In the summer, I love misting my client’s faces with Caudalie Beauty Elixer. It sets the makeup, freshens and tightens pores, plus it’s incredibly cooling. I use this trick with Jessica Szohr on a warm L.A. nights.”

Use Cream Blush Not Bronzer 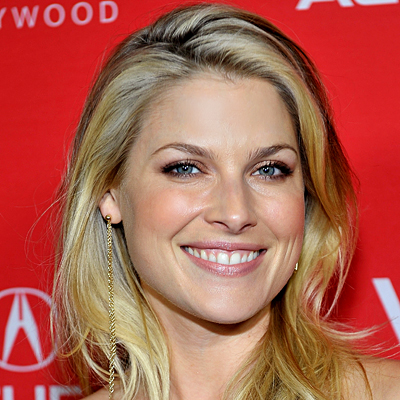 Makeup artist Fiona Stiles:  “I like a product that can multitask, especially in the summer. Instead of drowning Ali Larter in liquid bronzer, which can either look too orangey or a little greasy, I used cream blush in a warm, nude shade. (My favorite is Lancome Color Design Blush in Model Mocha.) It’s equally flattering on eyes, cheeks, lips and even as a highlighter on the shoulders, legs or clavicles. 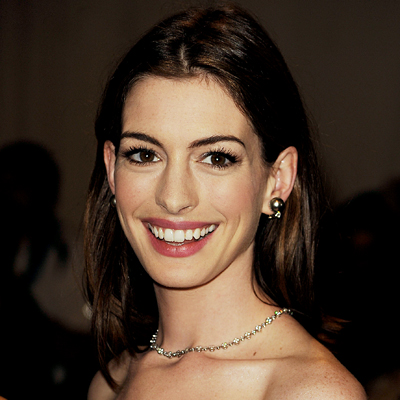 Makeup artist Gina Brooke:  “There is nothing more important that fresh healthy looking skin in the summer. For Anne Hathaway‘s look at the Met Gala, I mixed a dab of hydrating, nutrient rich cream like Intraceuticals Rejuvenate Moisture Binding Cream into her foundation. It’s lighter and more natural looking than foundation alone, plus it works to give her a more radiant complexion in the future.”
See more Summer 2010 Beauty Tips at InStyle.com

Have you noticed the new “trend” of famous new mom’s flaunting their flat stomachs just weeks and months after giving birth? iVillage calls attention to a gorgeous Kourtney Kardashian in a red bikini on the cover of Life & Style Weekly, with not a stretch mark or love handle in sight (although the post-pregnancy bosom is most definitely there)!

Before that there was bikini-clad Kendra Wilkinson, who graced the cover of OK! in February, just eight weeks after giving birth to her son. And last May, Elisabeth Hasselbeck posed for the cover of  Fitness, with baby Taylor only 6 months old. And famous octo-mom Nadya Suleman posed for the cover of Star in January one year after giving birth to her crew.
Pregnancy and weight loss are two topics that are sure to sell magazines, but as iVillage puts it, “There are so many things sadistically wrong with our post-baby celebrity body obsession.” You can probably figure out what the problems are yourself, but here’s what iVillage has to say about it:

The magazines are misleading

Kardashian’s cover reads “How I lost 33 pounds! My super-fast weight loss, flat stomach in days, new secret slim-down shake.” Just whip up your own slim-down shake, curl up with their magazine, and your pregnancy weight will disappear too! (We won’t mention the fact that you don’t have a private trainer, personal nutritionist, full-time nanny or cosmetic surgeon like she does.)

Some celebrity moms are lying too…

Octomom’s bikini cover reads, “No nips, no tucks, no lipo.” While it is technically possible that she dropped 150-ish pounds without surgery, you can’t get rid of that much stretched out skin with exercise alone.

We all know that magazines retouch all their photos. Bye-bye stretch marks and love handles! Take a look at this altered cover image of Kardashian for evidence of how far digital “shaping” goes. Thankfully, she objected to it! Not the role models we need!

You know what your priority should be after you have a baby? Your baby. Not weight loss, calorie intake, or how you look in a bikini.  The newborn period is so short, and before you know it this sweet, tiny little creature will be… well, not newborns anymore. Take time to bond with your baby and take care of yourself, too. That means eating hearty, healthy meals, getting enough sleep, and ignoring the pressure to looking perfect again.

Now here’s a photo we can all be comfortable with… Halle Berry, post baby, out shopping as happy as can be (note: not exercising!) and feeling comfortable in her own skin. She looks great, and that baby belly– well that’s pretty much what any normal postpartum mom looks like! It’s an old picture, but I’m liking it! ( photo source)

The authorities at iVillage tell us that this year, traditional, down-to-earth baby names will move into the spotlight. No more extravagant, outrageous, hard-to-spell names.  This year, we will see parents choosing names “rooted in good values, hard work, and (of course) our current favorite, feel-good obsessions (Twilight! Mad Men!).”

But if you’re looking to celebrity mommies to lead the way in “let[ting] go of the anything-goes baby naming game and pick something a little more down to earth…” don’t get all excited. You may be a little disappointed in the “sensible-ness” of the baby-name trend predictions for 2010.

2009 has definitely seen more than enough corruption and infidelity, so it’s no wonder people want to keep things simple and pure in 2010. Take actress Jessica Alba (pictured), for example, who named her firstborn Honor.  I like it. But just wait til the little angels are a bit older… “Patience! I am at the end of my rope here! Verity! If you lie to me one more time…!! And Honor, that was a very mean thing to do to your sister!! I expect a lot more of you guys in the future!”

Celestial Names
Such as: Celeste, Orion, Aurora, Jovian, Nova, Skye, Alya, Sora, Leo, Ara
So, what was it we were saying about down-to-earth names? Case in point: Grey’s Anatomy star Ellen Pompeo named her little star Stella Luna, and singer Erykah Badu named her son after the planet and mythological Roman deity, Mars.  Here we go with the report cards… “Stella Luna is a lovely girl who just needs to get her head out of the clouds and focus on her lessons.” And there’s the inevitable teasing on the playground… “Earth to Mars! Keep your eye on the ball, space cadet!” Come on parents, these kids have to live with their names on a daily basis!
Bird Names
Such as: Lark, Starling, Deryn, Andor, Arden, Paloma, Culver, Phoenix, Robin, Birdie, Wren, Raven
Some of these names are sweet as can be. I think Arden and Raven are beautiful. But celebrity mom Nicole Richie did it all wrong when she named her kid Sparrow James Midnight,  kicking off “one of 2010’s biggest name trends.” Seriously, Sparrow? If you didn’t already think the kid looks like a bird, you certainly will now. How would you like to go through life with a name like Sparrow?
Vampire Names
Such as: Bella, Edward, Jacob, Alice, Rosalie, Renee, Jasper, Esme, Billy, Sookie, Aro, Demetri
Believe me, I know “Twilight” is addictive. But naming your baby after a vampire, no wonder how gorgeous and good-hearted, is a little odd. (Don’t you have a beloved grandma to name after?) Nevertheless, predictions of little baby Bellas and Edwards are in the air. And if that’s not enough, there’s HBO’s True Blood where you can draw more Draculian baby-name inspiration.
Trade Names
Such as: Cooper (barrel maker), Jagger (peddler), Mason, Sawyer, Spencer, Porter, Tanner, Gardener, Carter
We’re all thinking about work these days—keeping it, getting it, and doing well at it. This has supposedly prompted a return to old-fashioned trade names. If your little one Fletcher, will he grow up to be an arrow maker? They’re cute names, but many of these still sound like last names to me.
Maverick Names
Such as: Maverick, Rebel, Vandal, Ryker, Breaker, Cannon, Heller, and Wilder
“We’re seeing parents move toward names that suggest a gutsy, go-get-em persona in our kids—great for future rockstars and politicians,” says iVillage.  Take for example Bandit Lee (daughter of rocker Gerard Way) and Gunner (son of rocker Brandon Flowers).  Pretty standard, if you’re born to a rockstar. But for the rest of us common folk,  don’t you think some of these names are taking it too far? There’s no denying that naughty bad-boy charm– “think James Dean as a bad boy or Tom Cruise in Top Gun“– but a name like “Vandal” is just asking for trouble. Either that, or you’ll end up with a quiet, gentle kid who would never think of breaking the rules!
Granny Names
Such as: Gertrude, Bess, Roger, Matilda, Adelaide, Don, Emmett, Joan, Hazel, Iris, Tobias, Betty, Oscar
Well these names are definitely more on the mundane side (compared to some of those above!) so if you like Mad Men‘s Betty and Don Draper’s retro, mid-century Americana names, choosing something vintage may be the thing for you. Now’s your chance to look to the show’s characters or your own grandparents for old-new naming inspiration.

Click here for more Top 10 Baby Name Trends of 2010!
And leave us a comment to let us know what you think of the latest baby name trends!