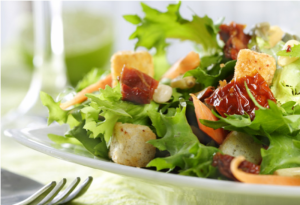 Well-planned vegetarian and vegan diets are healthful choices for pregnant women and their children, and vitamin B12 needs can be easily met with fortified foods or a multivitamin, according to the Physicians Committee for Responsible Medicine (PCRM). This declaration comes in response to a new Pediatrics study showing that low levels of vitamin B12 may increase the risk for neural tube defects.

Experts agree that pregnant women can thrive on vegan diets. The American Dietetic Association, the nation’s largest organization of food and nutrition professionals, states that “well-planned vegan and other types of vegetarian diets are appropriate for all stages of the life cycle, including during pregnancy, lactation, infancy, childhood, and adolescence.” Vegetarian diets offer a number of nutritional benefits, including lower levels of saturated fat and cholesterol and higher levels of fiber, folate, and cancer-fighting antioxidants and phytochemicals.

“Women who follow vegan diets not only have healthy pregnancies, they are often healthier than moms who consume meat,” says Susan Levin, M.S., R.D., staff dietitian with PCRM. “By eating a variety of fruits, vegetables, and other healthful vegetarian foods and including breakfast cereals or other foods fortified with vitamin B12, mothers and their children can obtain all the nutrients they need to thrive.”

Choosing a vegetarian or vegan diet can also help women avoid the unhealthy hormones and environmental toxins found in dairy products, meat, and fish. Analyses of vegetarians’ breast milk show that the levels of environmental contaminants in milk are much lower than in non-vegetarians.

Vitamin B12 needs can be met easily with fortified breakfast cereals and soymilk, which are low in fat and calories. The most convenient and reliable B12 source is a daily multivitamin.